You are steaming your clothes, cooking your dinner, or running your humidifier, and the smoke alarm sounds. Why does this happen? Can steam cause a smoke alarm to go off? Sometimes, yes.

There are two types of smoke alarms. Light-based and ionization-based.

Smoke alarms are tuned to look for the dark sooty carbon by-products of combustion. They do this by picking up tiny particles as they pass between a sensing unit and an emitter.

The emitter/sensor combo can either be an infrared light source and a photocell or a little radioactive origin and an electrical detector.

When it comes to detecting fires, a report conducted by the Fire Safety Council concluded that ionization smoke alarms are much better at detecting burning fires. Photoelectric smoke alarms respond faster to smoldering fires.

You are more likely to have your smoke alarm go off when steaming if you have a photoelectric smoke alarm.

A light-based (also called photoelectric) smoke alarm has a broken light beam when tiny particles in smoke are detected. The fractured light beam causes the alarm to sound.

The water vapor in steam is mainly clear, easily permitting light to pass through. Most photoelectric smoke detectors will not go off unless you have some pretty heavy steam. A light steam from a garment steamer, humidifier, or home cooking may not be dense enough to trip the detector.

There are some reasons this may happen, however.

Your light-based smoke alarm may be going off when using steam because you are using tap water. Tap water contains minerals, which can end up in the air. These tiny particles can then break the light beam, ultimately fooling the smoke alarm.

Heavier steam from a hot shower (especially without an exhaust fan) may be dense enough to block the light sensor and trigger the alarm.

Ionization smoke alarms separate compounds into individual ions using radioactivity. A sensing unit senses the levels of ions in the smoke alarm and the alarm sounds.

Water in steam will not ionize since water absorbs radiation. Smoke has tiny particles that quickly ionize due to the ionic bonds in the particles.

As long as the air stays ionized, the smoke alarm stays quiet. When smoke is present, it binds to (and discharges) the ionized particles in the air.

Steam, nevertheless, will typically not do this. So it’s tough to set off an ionization-based detector with steam.

Guidance From The Fire Department

Smoke detectors do not constantly distinguish between smoke particles and wet material. Therefore, the density of the moisture particles can trigger your alarm, even if they’re water particles.

When setting off false alarms, thick water vapor is like humidity. Use fans or windows to dissipate the humidity if you have high humidity in your house.

When you shower or boil water, a smoke alarm can notice the steam and sound the alarm. Ensure you ventilate your bathroom and kitchen correctly to prevent this.

Producers of optical-sensing smoke detectors warn against setting up the smoke alarm too near a bathroom. The smoke alarm may detect tiny water particles in the vapor and cause the alarm to sound.

Why Would My Humidifier Set Off a Smoke Alarm?

Smoke detector producers estimate these false alarms can happen as soon as humidity reaches 85 percent. As smoke alarms cannot distinguish between smoke particles and humidity, the density of the humidified steam may cause the alarm to go off.

You could try running a fan simultaneously to dissipate the humidity. Also, ensure you place your humidifier at least 3 feet away from the smoke detector.

Always use distilled water in your humidifier. Distilled water is pure water created from steam, will not contain any particles, and is, therefore, less likely to trigger a smoke alarm.

Weak batteries are another reason a smoke alarm may sound.

If you use the humidifier in the Winter season, I’d suggest the type that heats water instead. No distilled water is required, and the added heat will help warm your home.

For a dry and hot environment, you might want an evaporative cooler instead.

What Options Do I Have to Stop My Smoke Detector Going Off?

Open a window. Natural ventilation will help reduce the amount of steam in the air.

Do not use your garment steamer or humidifier under the smoke alarm. Transfer to another position in your house.

Thick water vapor is like humidity when it concerns activating false alarms. Ensure you have adequate ventilation in your home when using steam.

Whist steam cleaning and garment steaming are less likely to trigger a smoke alarm, heavier steam from cooking, showering, and large humidifiers can.

As annoying as an overly-sensitive smoke detector may be, it’s still a crucial part of your home’s security. Don’t be tempted to cover your smoke alarm, remove the battery or turn it off.

The National Fire Protection Association specialists recommend checking the sensitivity of your smoke alarms every other year after the first test. A dependable detector with consistent readings can go longer (as much as five years) without needing another test. 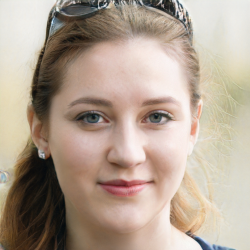 Lauren
Hi I’m Lauren. I own two steam mops, a commercial steam vacuum and 3 clothing steamers. I love using my pressure cooker and steaming veggies. When it comes to using steam for cleaning, cooking or on your clothing, I'm here with expert advice.

Latest posts by Lauren (see all) Cleaning a couch can seem like a daunting task, but it doesn’t need to be. You can use different methods, such as chemical cleaning, foam cleaning, carbonation, and steam cleaning. In this post, I will focus on how to steam clean a couch or sofa using a steam cleaner. Steam is highly effective in cleaning… There are several options available for removing mold around your home, and many generic answers available on the web regarding the use of steam cleaning for mold removal. I set out on the complex task of bringing you the correct information for answering the question, does steam kill mold. According to the Journal of Occupational… Can you steam silk? It’s a question many of us have asked ourselves when we come across delicate garments made from this luxurious fabric. We want to know if steaming is the best way to get wrinkles out of our favorite silk shirts, ties, and dresses without damaging them. In addition, what are the pros… You’ve got your wedding dress, the date is set, and preparations are underway – congratulations! I’ve got you covered if you’re looking for a wedding dress steamer to touch up any creases and wrinkles that have formed during storage. In this post, I’ll cover the best steamer for wedding dresses, whether a handheld steamer, commercial… Concrete is a solid, durable material made from cement and aggregate. Concrete is porous unless sealed, so most concrete floors in garages, porches, patios, and driveways are not impervious to staining. Often porch or patio floors will have an extra smooth surface, but they will still absorb stains easily. If you’ve landed on this article… As an Amazon Associate, I earn from qualifying purchases. This site contains affiliate links. //Commerce or our Publishers may be compensated when you click through links on our site. This in no way impacts my opinions or recommendations. The information on this website is general in nature and based on my own experiences with owning and using clothing steamers and home steamers.

Strictly Necessary Cookie should be enabled at all times so that we can save your preferences for cookie settings.

If you disable this cookie, we will not be able to save your preferences. This means that every time you visit this website you will need to enable or disable cookies again.